Gideon Mendel’s Freedom or Death: images that take us into the torrent of chance and imagination

Denis Hirson, March 3, 2020
Open a larger version of the following image in a popup:

Gideon Mendel’s Freedom or Death: images that take us into the torrent of chance and imagination 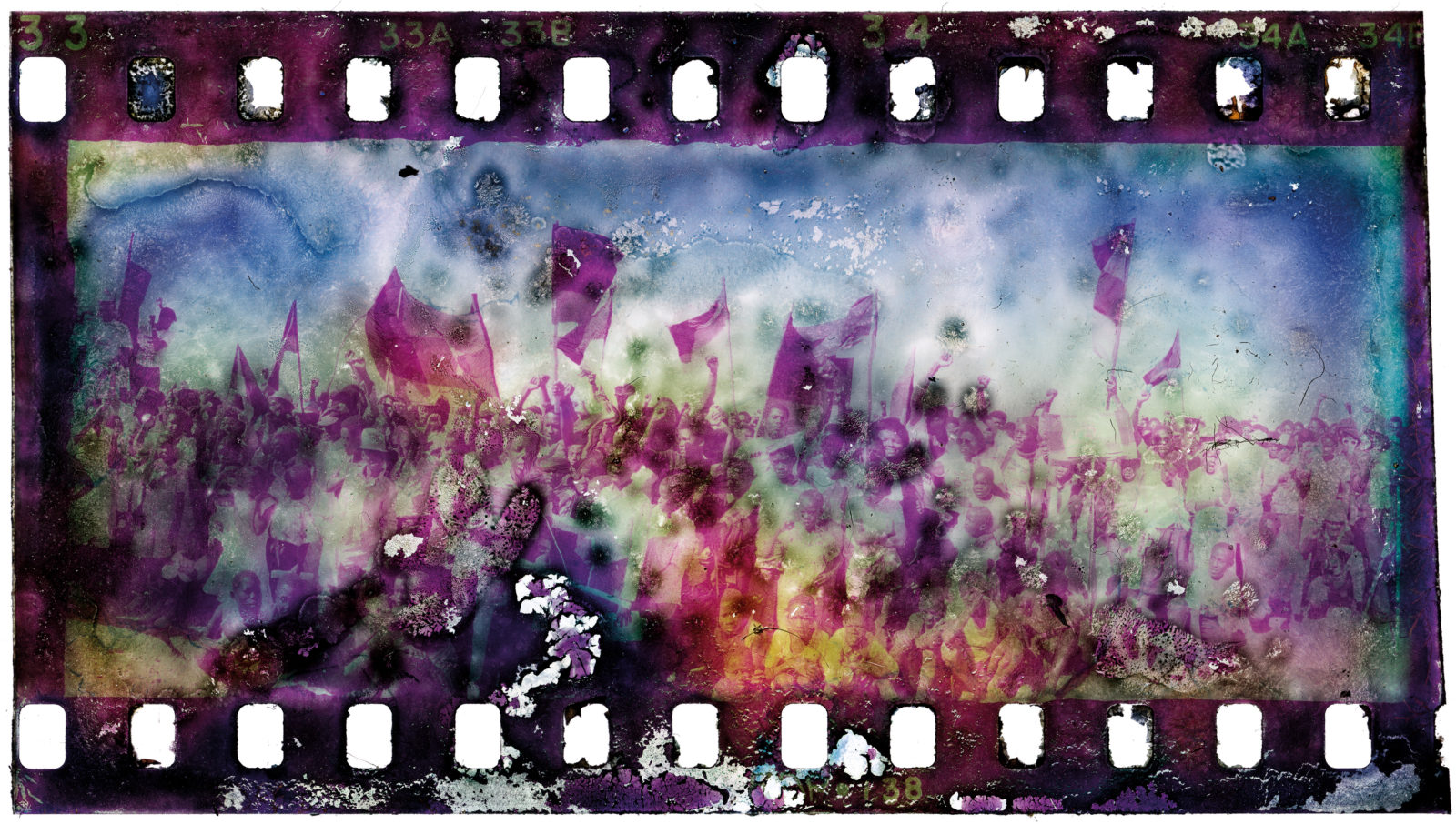 A new book of photographs, Freedom or Death, by Gideon Mendel, includes film containing a series of images taken during the height of apartheid that have been damaged by water and mould. This is an edited version of a statement made by Denis Hirson at the book's launch in London.

I would like to try to explain why these newly published photographs by Gideon Mendel had such a strong effect on me when I first saw them. It was above all those that had been rained on, and eaten at the edges by mould, that struck me at the time. I knew some of the original photographs: they were from a potent series that bore witness to moments of revolt in various parts of South Africa in the 1980s. As with much of Gideon’s work, they show how, like a heat-guided missile, his lens reaches into the molten heart of the action, the resulting images still pulsing with the adrenaline and anxiety of people risking their lives in the name of freedom.

I see these photographs at least partly as a wake-up call in a South Africa where everyone was still adapting to the earthquake of the 1976 Soweto revolt and its protracted shockwaves, leading from one state of emergency to the next before the country finally staggered into the 1990s. Inevitably, with time, some of the initial urgency of the images has worn off. I doubt that Gideon would have chosen to republish many of them now in their original state.

But here they have been given a second life, in a book containing three sections: one showing markings meant for their publication in the press; a second where the photographs are infused with the cartoon-like colour added by Marcelo Brodsky; a third where they are shown in their current state, accidentally altered by water and mould.

Let me add something concerning the question of memory. When Gideon first showed me these images, my initial thought was that they resembled the process of memory itself, which constantly alters whatever we believe once happened. Memory too is an agent of change, it plays with the past even when we would rather it did not. Memory gives us a picture of the way we stand with respect to the past, revealing our subjective experience in the present of events we have previously lived through. To this extent, photographs may turn out to be memory’s archenemies, nothing but static reminders of the way things once appeared to be.

But these particular photographs have lost the semblance of accurate recall: water and mould have given them the blotched haze of forgetfulness. At the same time they now reveal their own vulnerability as images, helping us to remember that what has happened is part of a process that cannot be freeze-framed but is in a constant state of transformation as it flows into the present and beyond.

I try to put myself in the shoes of the photographer who finds that photographs of his taken more than 25 years earlier – before the safety nets of the digital age – have been rained on. I imagine the first response to be a feeling of loss, perhaps self-flagellation at one’s carelessness. But even if Gideon did react this way, he clearly did not stop there, because he went on to publish these photographs in their newly altered state. I am avoiding the word “damaged”. I will also avoid saying that, if we are lucky, a disaster is also an opportunity.

Rather I would affirm that when, in the thick of creativity, we shift beyond willful intention and allow unexpected forces into the equation, then we are inviting ourselves to go beyond a framework set in advance; beyond what we wanted to happen, beyond the habits that our thoughts tend to conform to, and into the torrent of chance and imagination, the risky current of receptivity, the place of the unexpected where new light falls through the window of the present. ML

This is an edited version of a statement made by the author Denis Hirson at the launch of Freedom or Death by Gideon Mendel at the Institute of Advanced Studies, UCL, London, on 28 January 2020. The exhibition Freedom or Death will be on display at ARTO Cape Town until 28 March. The book Freedom or Death was published by GOST Books with support from ARTCO Galley (€39.00).

We will process the personal data you have supplied to communicate with you in accordance with our Privacy Policy. You can unsubscribe or change your preferences at any time by clicking the link in our emails.